I have lectured in scriptwriting at Middlesex University since 2003, also guest lecturing at my own alma mater University of East London, Birkbeck, and Jagiellonian University in Kraków. At Middlesex, I have progressed from Lecturer to Senior Lecturer, Principal Lecturer, Associate Professor, and now am Head of the Media Department.

My research outputs have predominately been practice-as-research, including all of my plays, films, and directing work since being employed as an academic, I have also written more conventional academic outputs, a selection of which is listed below. Principle interests are the ways in which my current writing intersects with folklore and myth, and the ways in which dramatists can engage with new technologies.

Charlton, James Martin and Moar, Magnus (2018) VR and the dramatic theatre: are they fellow creatures?, International Journal of Performance Arts and Digital Media, 14 (2) . pp. 187-198. ISSN 2040-0934 (doi:10.1080/14794713.2018.1511137)
Abstract: This paper describes an experimental project that aims to investigate the scope of methodological and technical possibilities of using 360° videos for experiencing authored drama. In particular, it examines how a work written for the medium of theatre, with a traditional audience-drama relationship of viewer invisibility and non-participation, might translate into a viewing experience as a VR drama. The technical and dramaturgical issues arising from this are discussed. Specifically, the shared voyeuristic quality of both media is examined. Is the invisible viewer of VR drama in the invidious role of Glaucon’s iniquitous shepherd Gyges, or does the medium give invisibility a cloak of aesthetic value?

Charlton, James Martin (2016) Telling and Retelling the Tale: Adapting the Murder Ballad ‘Duncan and Brady’ for the Stage as Past and Future Visions of a Folk Crime, Writing in Practice: The Journal of Creative Writing Research, 2. ISSN 2058-5535
Abstract: In adapting the murder ballad "Duncan and Brady" for the stage as a one act play, Been on the Job Too Long, and setting the story within that adaptation in three different places and time periods, the playwright made a decision to stage a meditation on how the true murder story of Duncan and Brady is an ideal tale to be told and retold. Telling and retelling the tale in different times and places had its own rewards for the writer, and potentially for performers. In writing three versions of this tale, the playwright stretched, challenged and gave himself increased scope as a writer and researcher, as well as stretching, challenging and giving a showcase to actors who perform the piece. This paper explores some of the key decisions, techniques and discoveries made in the process of adapting the ballad for the stage. It tells how this process gave the writer increased clarity in terms of his writerly objectives and personal vision.

Charlton, James Martin (2015) Adapting The Pilgrim's Progress for the stage (2). The Recorder, 21 . pp. 20-22. ISSN 1198-8894
Abstract: A short account of adapting Bunyan’s classic work for the stage, making connections between his writerly voice and dramatists as diverse as the anonymous author of The Summoning of Everyman, G. Bernard Shaw, and Sarah Kane.

Charlton, James Martin (2007) Whose journey is this? A radical approach to the question of the 'journey' taken in scripts. In: Story: The Heart of the Matter. Butt, Maggie, ed. Greenwich Exchange, London, pp. 111-123. ISBN 1871551935
Abstract: Book chapter exploring radical approaches to narrative structure in theatre and film scripts from the perspective of a practising writer.

Conference papers available at my profile on Academia

Charlton, James Martin (2014) Been on the job too long: past and present visions of a folk crime. In: Stage the Future: The First International Conference of Science Fiction Theatre, 26-27 Apr 2014, Royal Holloway, University of London, Egham Hill, TW20 0EX, UK. . 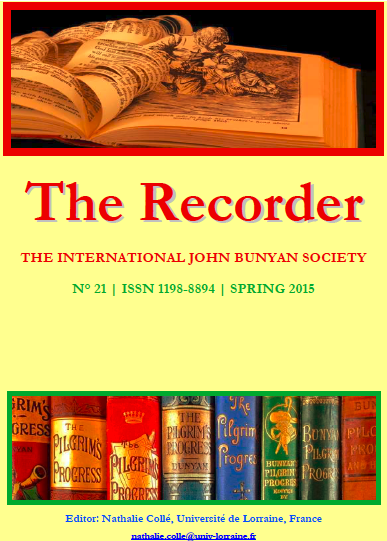