Playwright David Eldridge invited me to write a short piece for an evening of playlets by Romford writers he was curating for Paines Plough. This resulted in Battis Boy.

I grew up in Romford. For me, it was a time of formation, of nascent desires, of hiding. Probably a similar story for anyone who grows up in the suburbs with any kind of out of the ordinary taste.

There was an alleyway in Romford called the Battis. My play is about a walk down it, and that walk as a cloak for fantasy. The play is funny and exhilarating in performance, although when you think about it, it’s about darkness and compulsive behaviour; the stuff of adolescence. It’s mostly the central character, Joe, chatting to the audience. There should be a nice connection created between his actor and them.

It was later performed as a production at The Miniaturists. It was my second Mini. My first, Fellow Creature, was specially written for them at the request of their curator of the time, playwright Stephen Sharkey.

I’d recently been to India, on a recruitment trip from work. I’d seen what looked like a man dying in the street. It made quite an impression on me. I couldn’t do anything for him, so I wrote about him. What can a writer do?

The Anglo-Indian gay couple in the play are involved romantically and businesswise. It can be difficult separating these things. When I began writing, I wasn’t sure what I felt about the couple and their eventual, compromised solution. Having finished it and seen it performed a few times, I’m less sure as to my feelings. Which makes me suspect I wrote it right.

I’ve long been fascinated by the Hindu goddess Kali, the sport of which mad mother the entire universe is. Her spirit presides over the play, and it should be performed in such a way that we see her tongue obscenely lolling.

One day, I promise myself, I’ll write two or three other short gay-themed pieces and make an evening of them.

Romford, 1980: A 14-year-old Joe lives with his mum. His teacher tries to give him a sense of history. His mate Tim teases him. His Mum tells him that he needs a haircut.

Joe takes a shortcut down the Battis. His long walk down the dark alley is his way to sexual consciousness.

Kolkata, 2009. In a suite in a top-class business hotel, young Indian entrepreneur Raj waits impatiently. He and his English business/romantic partner Eric have an important meeting this afternoon. Eric is not back from a sight-seeing wander through the streets of the city. When Eric appears, Raj's problems are not solved. As he walked to the Kalighat Temple, Eric saw a man dying in the street, abandoned and alone.

Eric is so appalled by what this sight implies about Indian society. He does not wish to do business here anymore. Raj has to use all of his powers of persuasion, even unto invoking the goddess Kali herself, to change Eric's mind. 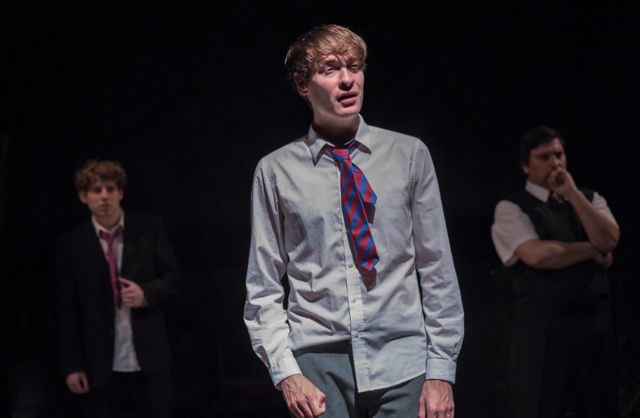 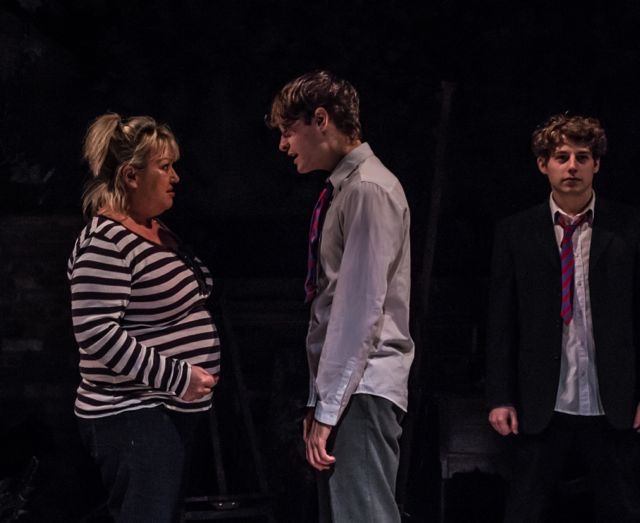 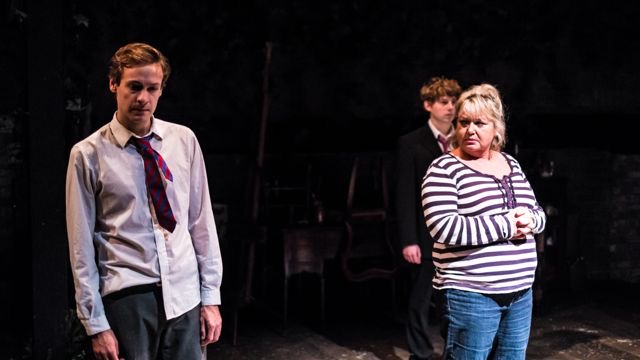 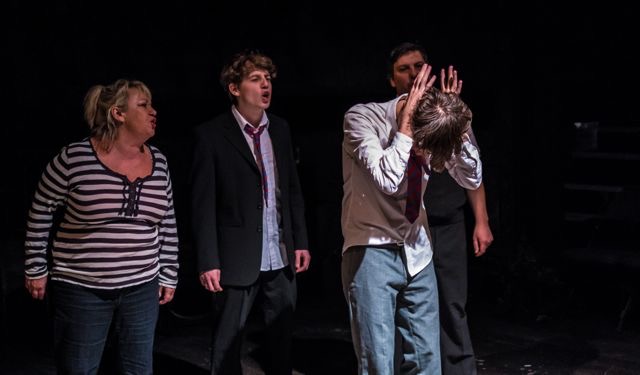 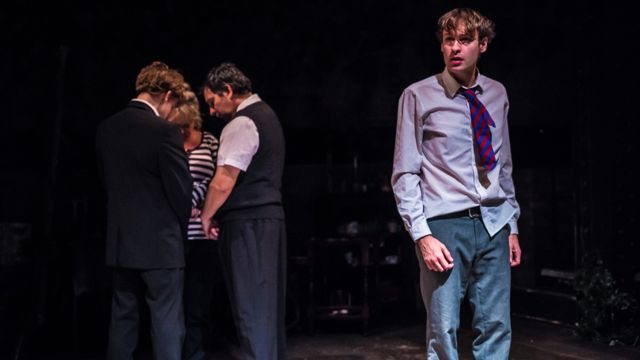 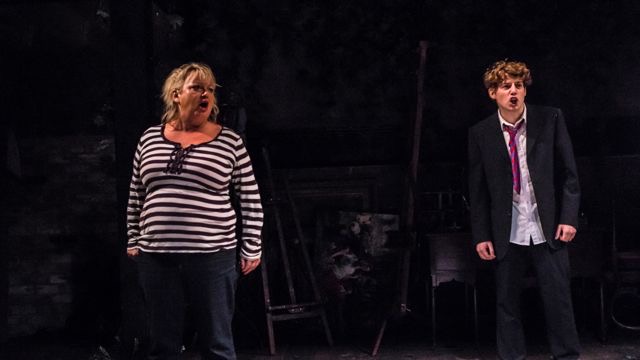 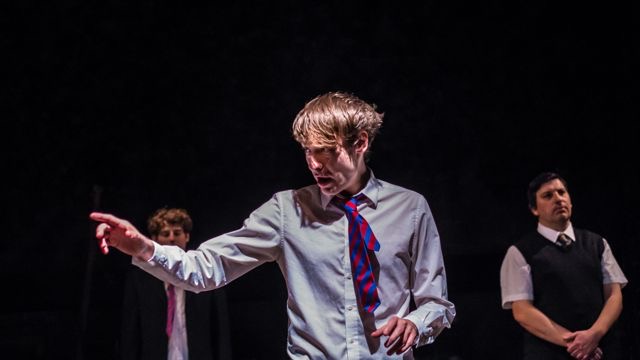 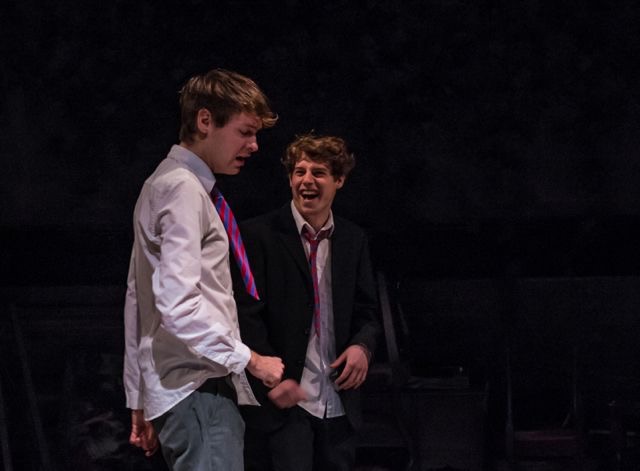 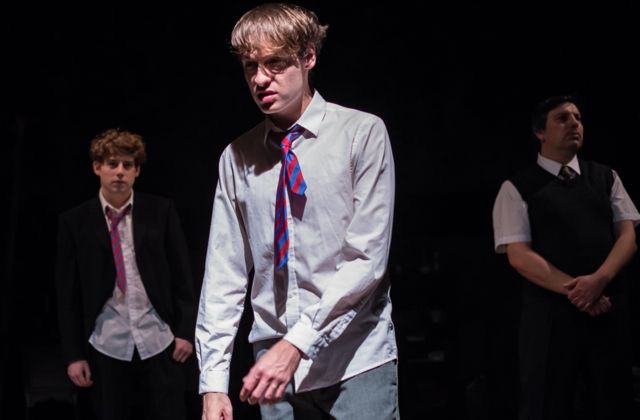 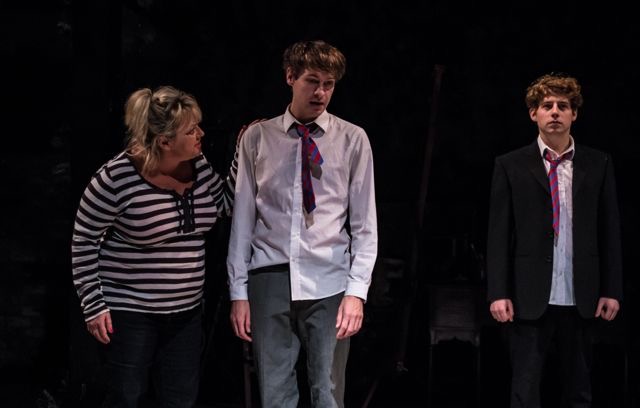 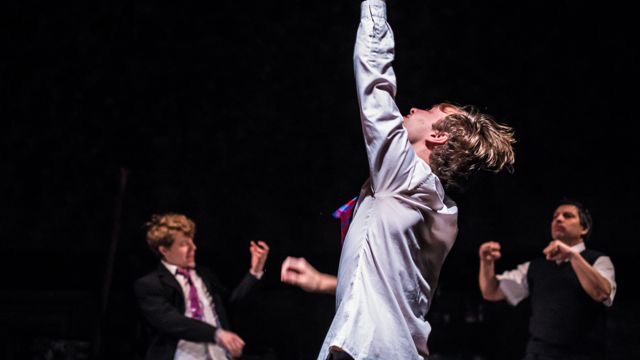 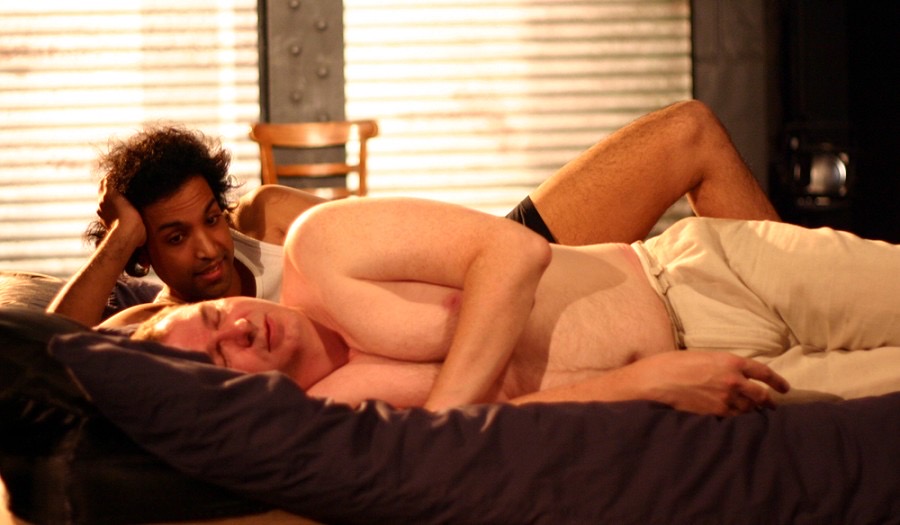 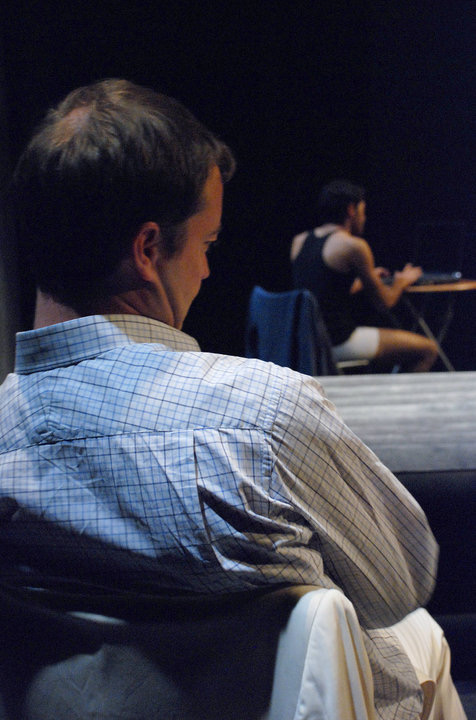 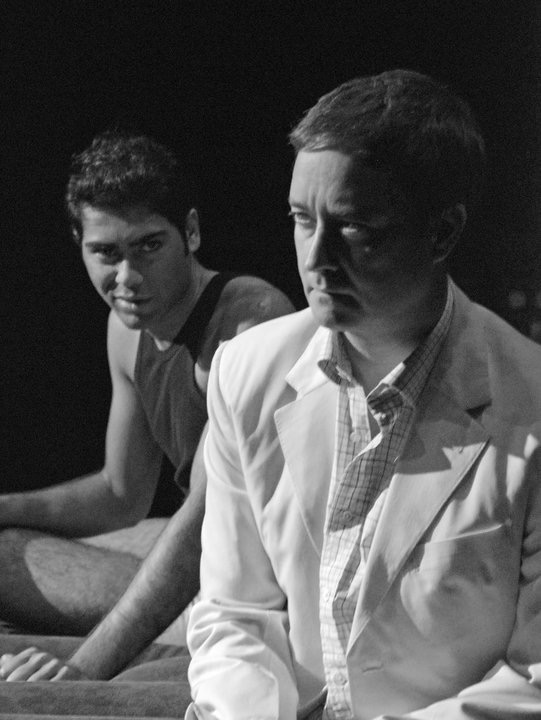 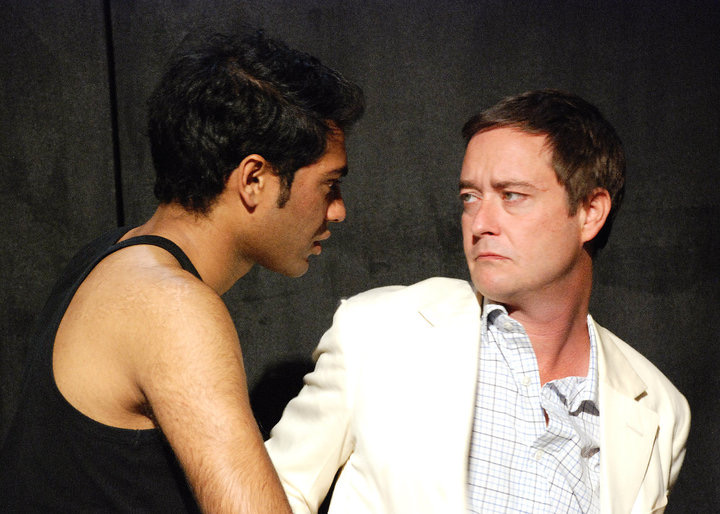 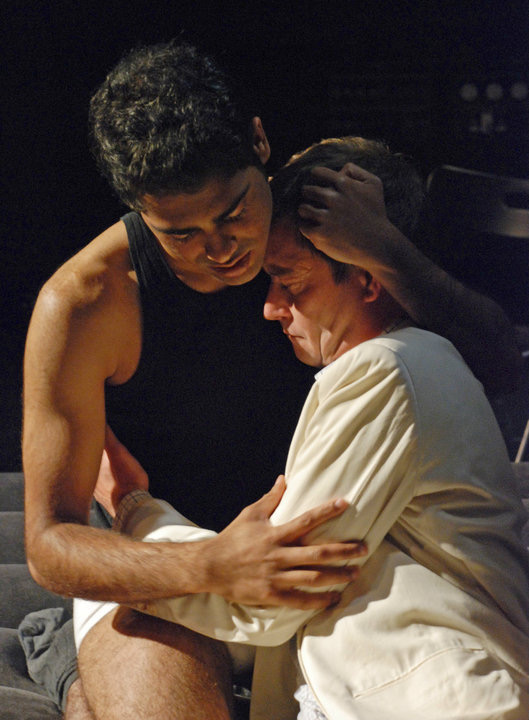 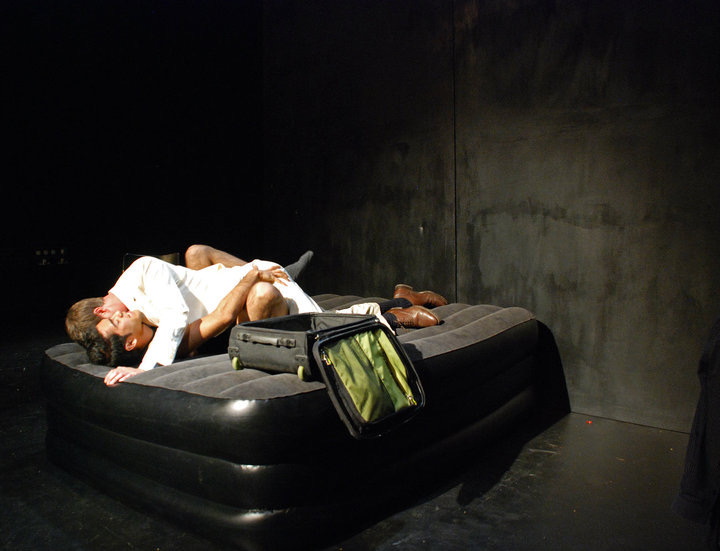 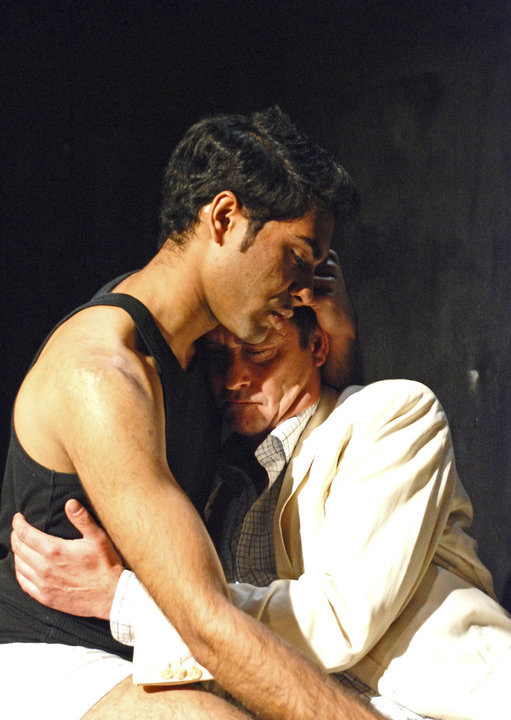 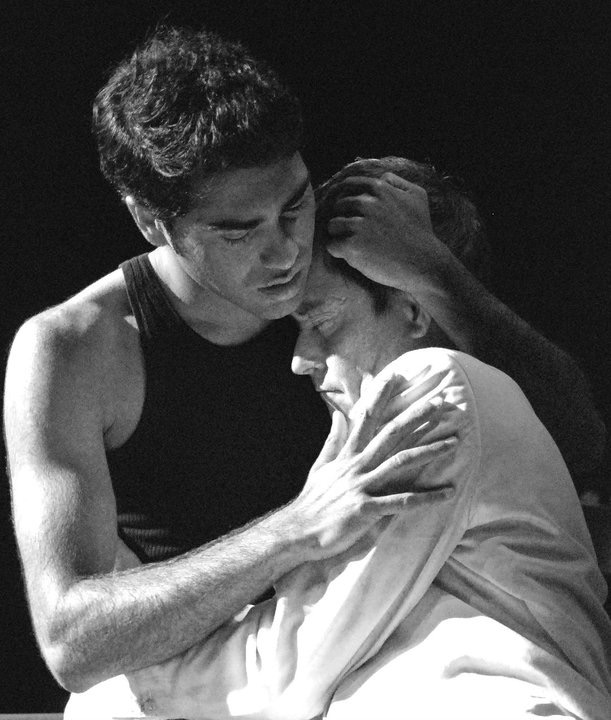 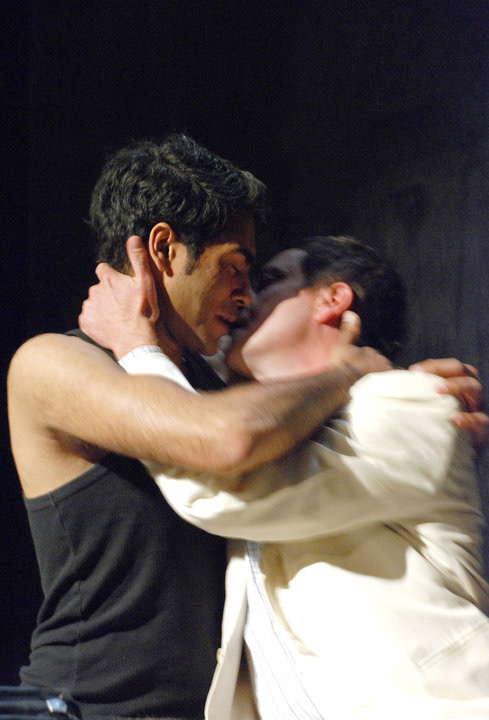 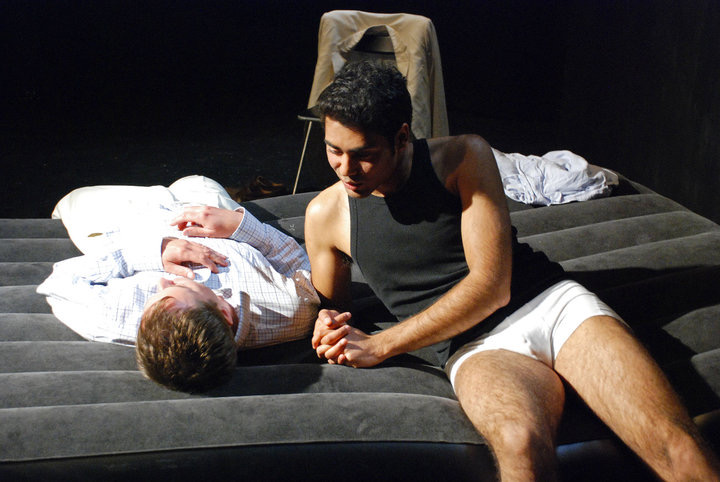 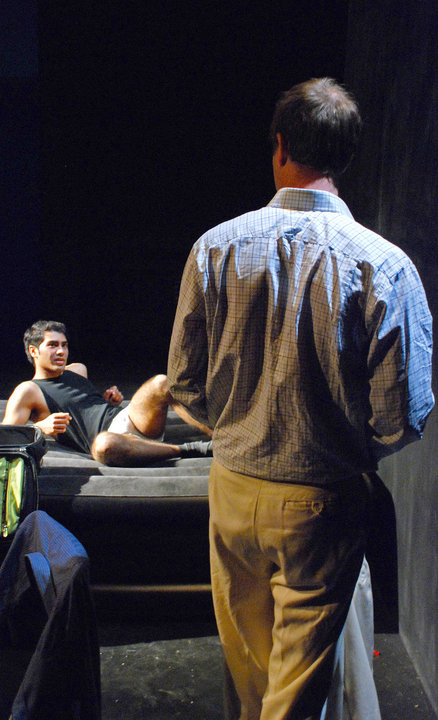 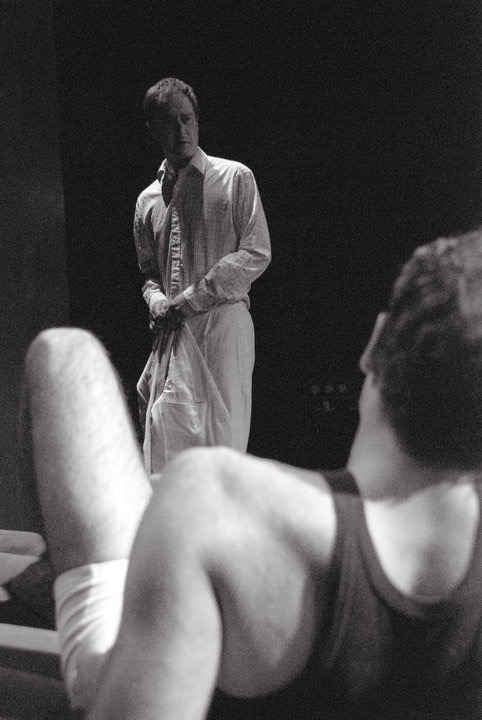 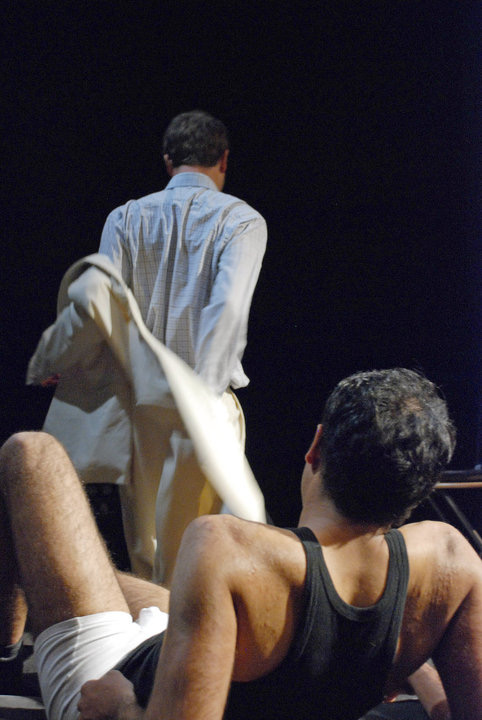 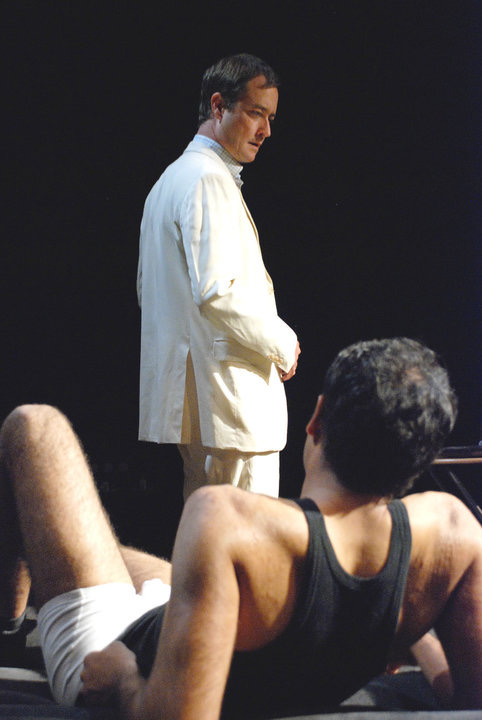 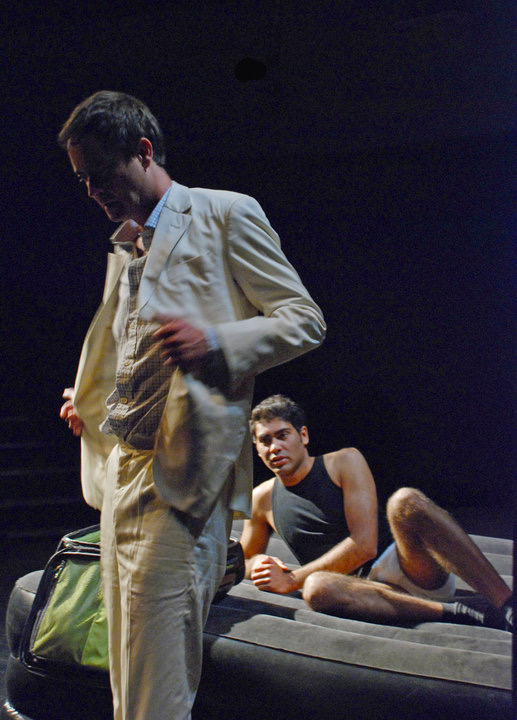 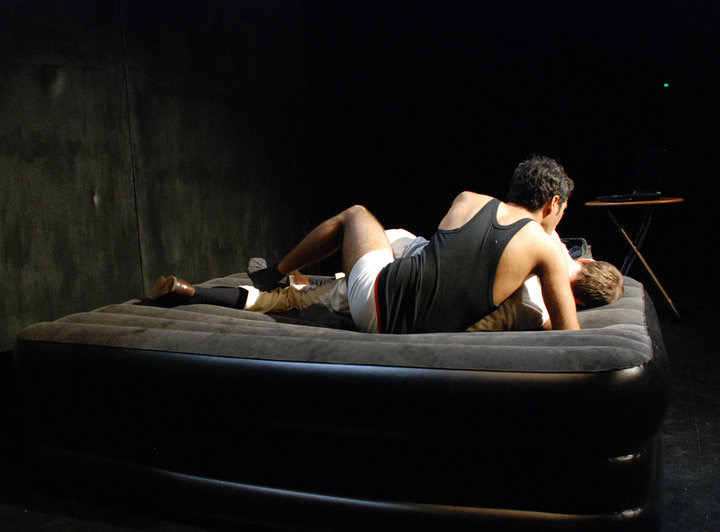